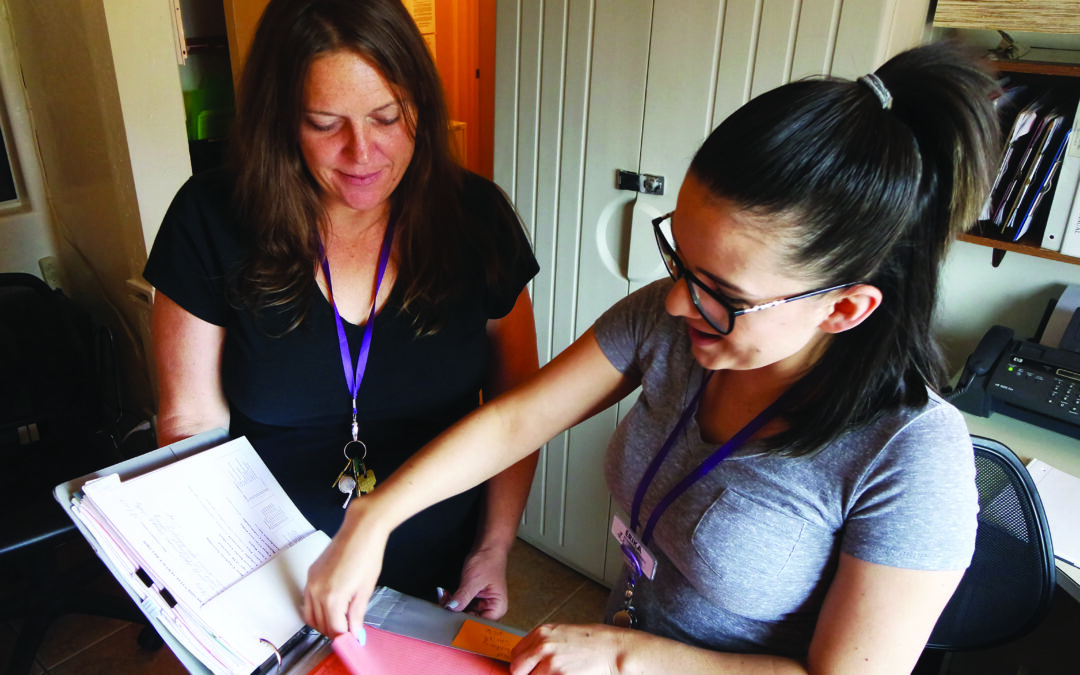 From the outside, some wouldn’t have thought Barbara was living with abuse. She had a wonderful job in the medical field, an intelligent and successful husband, and opportunity to travel the world. But under the surface, Barbara was living a life full of abuse that began long before her outward “success.”

Barbara began experiencing abuse at the age of 9 when she was sexually molested by her brother, and it continued until she was 13. Finally, at age 17, Barbara joined the Navy to “get out” of her family home.

After she joined the Navy, she found her adult life full of new experiences. “I had an amazing learning experience in the Navy. It taught me a lot of self-discipline.” When she finished serving, Barbara put herself through radiology school and worked as an x-ray tech for nearly 30 years, but continued finding herself living in abuse. “Although I had an amazing career, my relationships were always abusive. It never started out that way, you always think you find the fantastic guy. Because I never really dealt with the initial trauma, it really spun into a lifetime of major overachieving and picking the wrong people.”

Throughout her adult life, Barbara experienced several abusive relationships. “I was in a seven year relationship where it was very physically abusive. I had a gun put to my head more than once. I have titanium in my jaw.” She didn’t leave because she didn’t have the self-worth, “I felt like I deserved this for some reason. Even though I was educated and professional, I didn’t have the personal self-worth. I kept trying to define myself by not what I was doing, but who I was with.”

Later when she married, Barbara experienced verbal and physical abuse, especially after a car accident that ended her career. What little value she found in herself through her work disappeared when she couldn’t physically do her job any longer. On top of it, her husband retired, and they moved to Prescott where she felt isolated.

“I already had zero self-worth and was tolerating things that I didn’t even realize were abuse. He drove like a maniac knowing that I lost my entire career due to an accident by somebody’s negligence. So, I would have panic attacks, and he would yell at me in the car. Things got really bad to the point where I would sit in my bedroom in the corner and just cry. And it dawned on me that this wasn’t right.”

Barbara spent two years trying to get a divorce because of harassment and violence she continued to experience. “I had a restraining order. He shot at me twice, tried to run me over a couple of times. It was very nasty.”

Yet even after her divorce, Barbara continued in a series of abusive relationships that took a toll on her life, and she attempted suicide twice in 2017. After the first attempt, Barbara was put on 24-hour suicide watch, and for the first time, she began receiving “good counseling and good advice.” After six weeks, she went back to living with her alcoholic partner at the time. “He was very demeaning, very demanding. It was not a good space to be in. I just spiraled right back down.”

Shortly after, she attempted suicide for the second time. “They found me before I completely died. My heart did stop. Paramedics brought me back. All I knew was that something was telling me that it just wasn’t my time yet. I’m not done.” 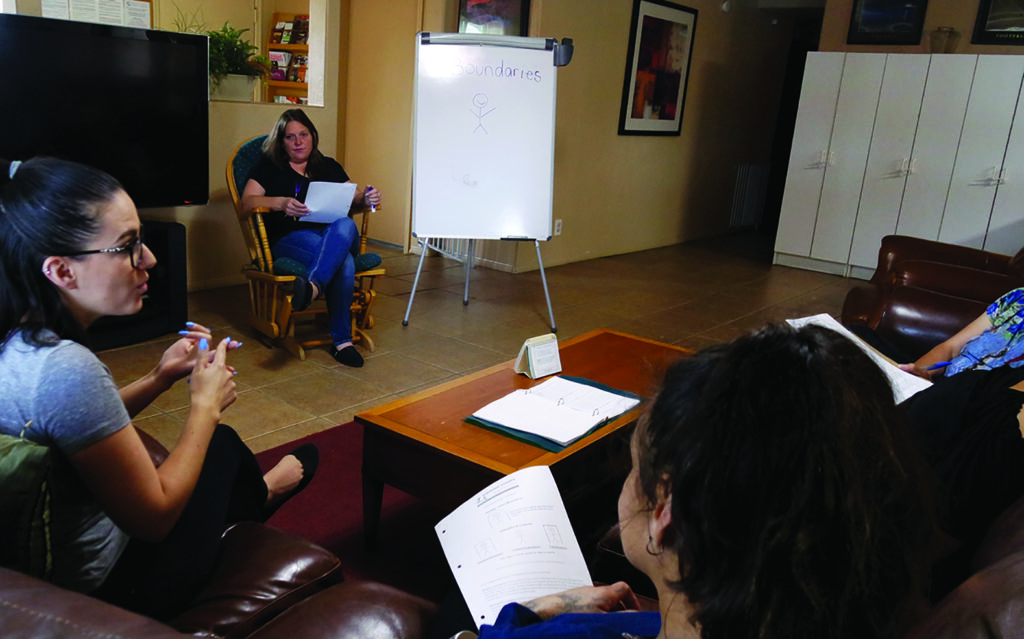 “The day I got released, I called the person I was living with at the time, and he told me he was too busy [to pick me up].” Barbara took a cab to the house in her hospital gown, only to discover all of her possessions in her car and no home to come home to. “I changed in my car and slept overnight in a parking lot.”

Because of the connection she made before at Southwest Behavioral Health, Barbara called a crisis counselor in the morning. The counselor helped her make the call to Stepping Stones. “When I walked through the door at Stepping Stones, I was below zero. They were wonderful, they were welcoming. All I heard was, ‘You’re safe. You’re ok.’”

With old bruises still showing on her skin, and fresh from a second suicide attempt, Barbara moved into Stepping Stones emergency shelter. “At this time, I still didn’t identify myself as an alcoholic, but here I am. I cried a lot, I was pretty battered from what I’d done to myself. These [advocates] are saying they can help. I got nothing to lose.”

One of the most important parts of Stepping Stones for Barbara was the structure and the space to examine her life. “The hardest part of Stepping Stones is taking that safe spot they’ve given you and taking an honest, cold, hard look at yourself – good, bad, every bit of it – and saying alright yeah, I screwed up big. Some of this was thrown on me, but I accepted it in my life. The hardest part of the program is being straight forward.”

Once she began putting in the hard work to take a look at her life, she found hope again. “It’s no wonder I was tired or broken or hurt. I know there’s a better way. So here I am. I’m in a safe zone. I’m gonna fix it. I’m going to look at myself and learn from every bit of what they’re trying to teach [me].”

Barbara spent nearly two years at Stepping Stones. Throughout her time in transition housing, Barbara became a mentor advocate, welcoming and providing peer support for others who entered the shelter. “I started mentoring and talking to the new people. The first one [I talked to], she was about to leave, she came in with a knot on her head, kids were scared and begging her not to go back. And we’d just sit and talk. It’s like, here’s what I did, I was more than done, I was dead. So, if I can die and then come back and do all of this, you can [do it]. Look at yourself and fix it.”

Now, Barbara is living on her own again, working a job that she loves, and is excited about the future. “I just finished my coursework at GCU in psychology. Because I’m a veteran, U.S. Vets helped me get into my apartment. It’s a one year program I’m in now, they also have a second program to help get me into the position of buying a home. That’s my next goal, buying a home. And, I want to start traveling again.”

If you or someone you know needs help finding freedom from all forms of victimization, call our 24/7 Helpline and speak with an advocate: 928.445.4673.