Miranda’s Story: The Last Time it Happened Was Enough 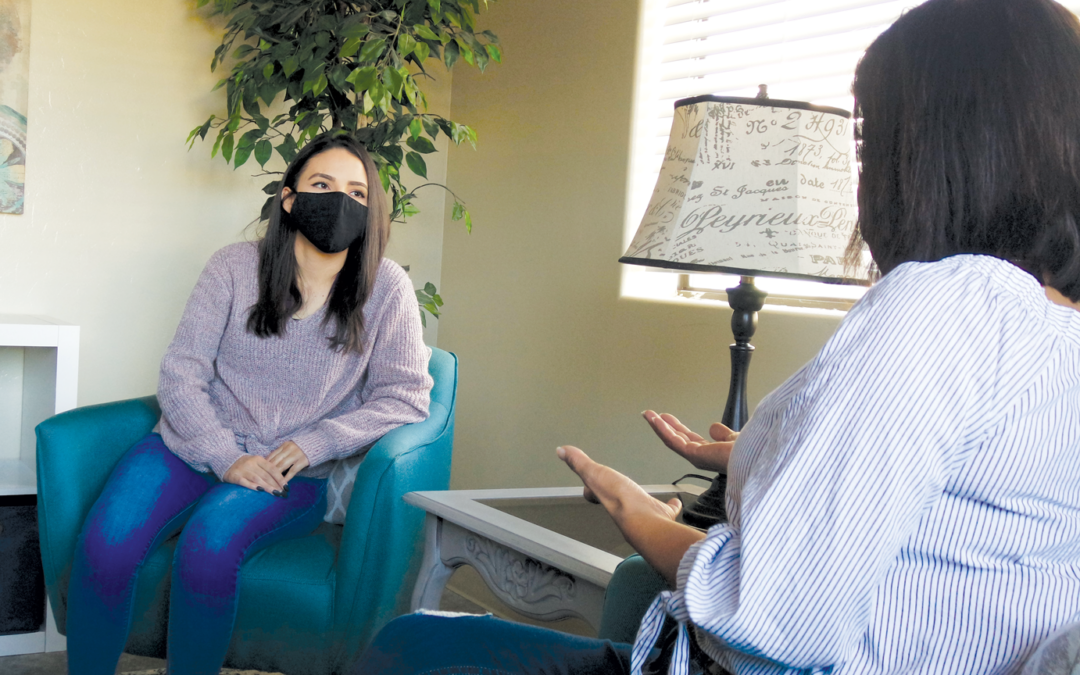 “I didn’t have an abusive relationship until this person. When I look back on all I learned at Stepping Stones, I’m like ‘wow!’ there were so many warning signs, and I just had no idea.”

When Miranda* met her boyfriend, he had just got out of prison for domestic violence, but to her, he didn’t seem violent at all. For the first two years, she helped take care of his kids and life was great. But later, the tables turned when he started doing drugs and he became abusive.

“I was just convinced it was the meth. We’re going to get him to quit and it’s gonna be ok. But it just got worse and worse.”

His abuse started as yelling, screaming, and put downs. She felt that if she yelled back, it would only get worse, so she would just sit and “take it” from him. Then, he also started physically assaulting her.

“It was so random and terrifying. The last time it happened was just enough.” She called her probation officer for help because she had started using drugs, too, and they helped get her to a sober living home.

But, he found out where she was and began showing up. “The cops kept getting called. I was afraid, and the women I lived with were too.” That’s when she came to Stepping Stones.

When she first came in, her advocate was warm and welcoming. “Talking to someone who has been through it, they understand and they get it…why I didn’t leave and why it was so hard to leave. The support was the best part about being there because I didn’t have that before. I think I was too afraid to ask for it.”

During her first weeks at shelter, she began realizing how bad the last couple years of her life really were. She began learning in the educational support groups about behaviors such as gaslighting and narcissism. The groups “broke it down for me and put it into terms that I’m not crazy.”

While she was at Stepping Stones, the harassment from him continued. She was grateful to have the advocates support in working with law enforcement every time she had to call. “It was really challenging, but I think the only reason I got through it was because of Stepping Stones. I would have given up on calling in the harassment. I wouldn’t have been able to do it without somebody there to talk me through it.”

Legal advocacy support was a key part of Miranda’s time at Stepping Stones. From appointments with lawyers to speaking with police, Stepping Stones advocate Erika was there. “She would sit there and talk with me. I get really nervous and forget to ask questions. Because of that support, I’m finally getting justice for everything.”

Now living in a transition apartment at Stepping Stones, Miranda is grateful that her future looks different. “I’ve always been a very codependent person, now I’m happily single and doing things on my own, living independently. I’ve learned how to do more ‘adult’ things like getting a social security card. I have money saved up; I’ve never done that before. I’m really looking forward to the fact that I’ve grown up a lot.”

Miranda’s advice to others who are living in abuse like hers: It does get better. “You’re going to go through the hard stuff to get to the good. I wouldn’t be who I am today. I’m so different from who I was ten months ago.”